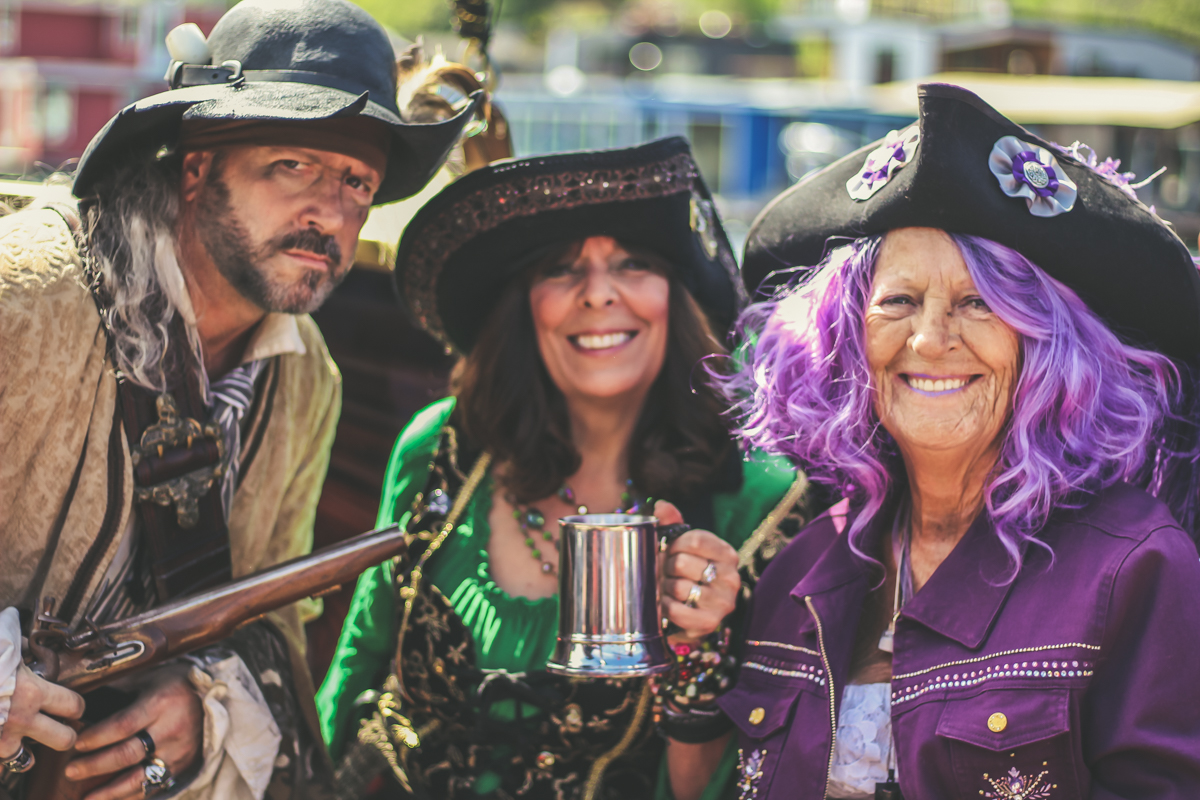 Join Emerald City Pirates for our Pirate Brews Cruises this summer, featuring beer from our friends at Figurehead Brewing. We feature a beer brewed especially for our cruises called Queen Anne’s Revenge, named after our ship. It’s brewed in the style of India Pirate Ale. Yes, India PIRATE Ale!

Dress like a pirate and head to the brewery after the cruise to receive $1 off pints on cruise nights.

Ticket price includes one 12 or 16-ounce beer. Beer prices range from $7-13 ($13 for 22-ounce Figurehead brews). Outside food and drinks are not allowed on our Pirate Brews Cruises.

“I heard about Emerald City Pirates through a networking event at the South Lake Union Chamber and thought it would be great for son’s 8th Birthday! The team did not let us down. They made for an exciting and fun boat ride and my kids and family enjoyed it! Thanks for a great day!”

“Someone in our office had the idea of chartering a boat to take our team (~40 people) out onto the water for a late-summer team event, and so we reached out to the Emerald City Pirates thinking the theme would put a fun, quirky spin on things. I am so glad we contacted them! Everyone was fantastically helpful when we first called, answering all of the questions we had as well as many we had not even thought about. They were very flexible when it came to dates, and, after asking a little bit about what sort of experience we were looking for, they helped us decide on a course for the trip. I don’t think they could have made the planning process any easier for us. The event itself was an absolute blast! They supplied music and some pirate cheer that kept our whole team laughing and having a great time over the whole 3-hour trip”

“My husband and I took my 3 year old son on the family cruise and enjoyed every moment. The pirates were fun and engaging the entire time. My son was so excited to be a pirate for the hour and a half. He enjoyed shooting the water cannons, searching for pirate booty, and dancing! He talked about the event for the rest of the evening and when he woke up asked if we could go back! Thank you for an amazing adventure!”

“The kids loved the idea of being pirates! The crew were wonderful and funny and engaged the kids during the whole time (1.5 hour) with games and activities. They loved to look for the treasure and shoot the cannons. The tour itself of Union lake was a really nice and long one. I also enjoyed it very much! I totally recommend it for kids! Fun and great value for our money.”

“My 6-year old son and I have now been on the cruise twice with friends of his. He loves it and I’m sure we’ll be back again. The crew really goes out of their way to do lots of fun “extras” (e.g., pirate tattoos, storylines, extra props) to make the cruise engaging for kids. The ship is small enough that you can talk to the captain and crew and they are all very personable. And who doesn’t love a cruise around Lake Union? Highly recommend as a family event! Playing in the South Lake Union splash fountain before/after makes for a great all-around outing.”